Yosef Reznikov. Has graduated from the
Tashkent Transport institute. A   the
professor, the artist, the collector of paintings, was teaching at
architectural and building faculties

of the Tashkent Polytechnical
institute. Immigrated to Israel in 1991. Personal exhibitions: the ,
, . Works are in private
collections of , , ,
, Southern Africa, and
also in   .

Oleg Shkred. Has
graduated from the Tashkent Transport institute. The architect, and designer. He worked in
town-planning institutes, decorated stations of the underground. Immigrated to Israel in
1995. Personal exhibitions: , .
Works are in private collections in ,
, and .

It was necessary in foresight, that Yosef and Oleg, natives of
Uzbekistan, graduated from the same Tashkent’s HIGH SCHOOL,   got acquainted only in Israel, in the
galilee city of Nazareth-Illit, have began here their creative activity.

They have thought up a pseudonym which they sign their works with: RESH
(ReSh)
- an abbreviation from the initial letters of two surnames.

And all has begun during preparation for a meeting
of  the 2000th year. Monumental works,
such as, a relief panel the area 100 м2, displaying
history of the Jewish people, - it is established in the city centre. Then
there were lists of a wall the area 180 м2; stained-glass
windows murals,  and  a  huge
wall  mural  of
“Beit  Hamigdash”  in the central synagogue; bas-reliefs,
decorating of some public institutions and country houses, and  last
easel paintings.

More than 2000 works have  been created
in total by the duet of painters RESH . They are made in the most
different manner: from realistic to "fantasy", and "suprematism".
Style "KFAR" - coubofoturistic abstract realism such abbreviations
name. However, style and the manner are not the most important thing. As
Voltaire has told, "all genres are good, except boring". All the
works of  Shkred and Reznikov don’t leave
us indifferent: they are always unexpected,
and unpredictable. Their manner of painting is their art perception of
reality.

The pictures painted in common Reznikov and Shkred, were exhibited at
Israel, America, Russia, Hispania  and in
Germany.     In February-March 2008 RESH participated in the
annual "Art Expo" which took
place in the American capital. Reproductions of RESH paintings  were included into the collection of "20 international artists" (№ 4, p. 42-43), published by the
and the European library of arts.

of .
In May of 2009, during the visit of Pope Benedict
XVI  in the composition of artists RESH "" has been
presented to the Pope. Now this picture of RESH is in  the art collection of  the  . 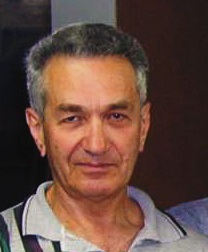